NOTE: The following article was originally printed in The Southern Reporter, it has been reproduced with their permission. 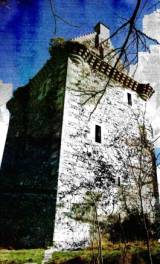 Behind proud Fatlips Castle’s walls lies a scene of neglect and decay, and the architectural watchdogs are worried.

Fatlips Castle dominates the skyline from its vantage point on Minto Craigs, near Denholm, and its battered walls are again the focus of attention from those worried fort its future.

For years there have been calls for the crumbling property, on the Minto estates, to be restored to its former glory.

Now comes news from David Black, chairman of the Borders branch of the Architectural Heritage Society of Scotland, that the organization is concerned about the state of the buildings, and has even had informal discussions with the National Trust about the issue.

“The tower is deteriorating and there is a lot of public concern about that.” Mr. Black told the “Southern”.

“Fatlips is one of the most important buildings in the Borders and it is clearly under threat.

“It can’t be allowed to crumble away – it is of great landscape value.

“Our stand is that we want to encourage a positive use for it, and feel an effort must be made to ensure the building is saved and used.”

When contacted by the “Southern” for an update on the situation with Fatlips Castle, the Earl of Minto, whose family trust oversees the property, explained he was unable to comment fully because such matters were now the responsibility of his son, Lord Melgumd, who was currently abroad.

However, Lord Minto did claim his son had taken measures in the recent past to help safeguard the imposing building.

“I know for a fact he has taken some measures to help preserve it for the future, and this was all carried out in accordance with Historic Scotland.” Said Lord Minto. 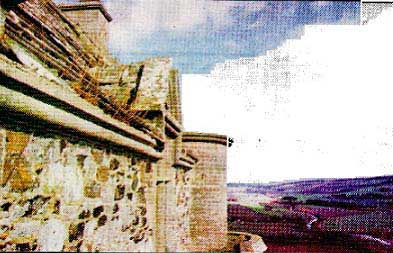 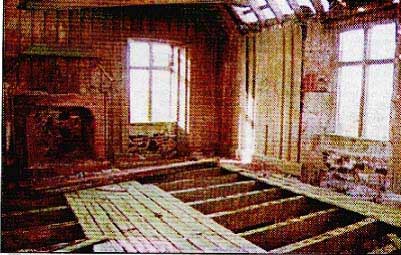 From a distance, Fatlips Castle stands sentinel over the River Teviot as it has done for centuries, but closer inspection reveals signs of serious degeneration. Pictures by Gordon Lockie

Representatives of Scottish Borders Council planning and development department last had discussions with Lord Melgumd about 18 months ago.

“Our main contact with the estate has really been with the view of ensuring access to the towers by members of the public is denied on safety grounds,” explained SBC conservation officer, Mark Douglas.

“Currently, I am not aware of any active proposals for the restoration of the tower.” 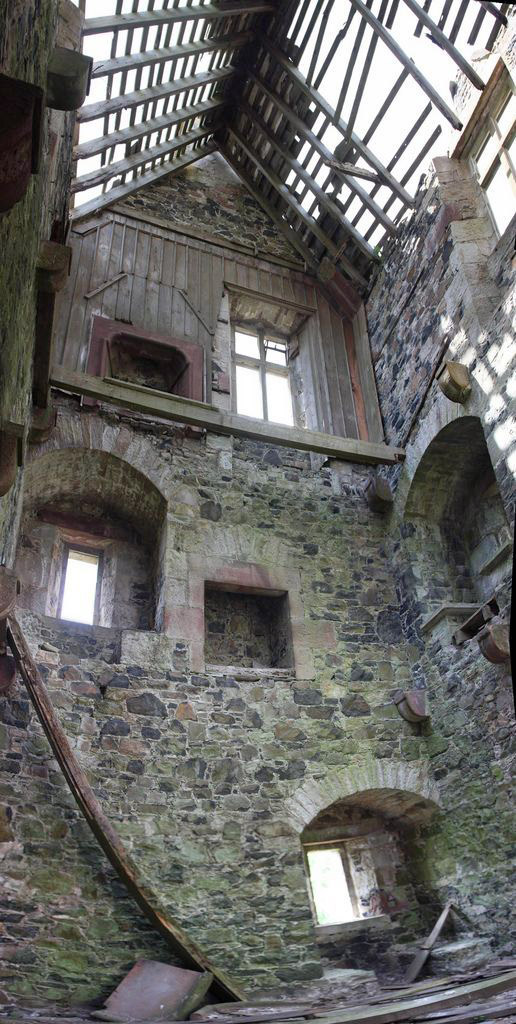 The 16th century structure was first restored in 1857 and then renovated in 1897 – 98 by Sir Robert Lorimer, as a shooting box and private museum.

Three stories high, it has a vaulted basement and a parapet walk, and its curious name is said to stem from the noted Borders freebooter, Turnbull of Barnhill.

In olden days the lands of Minto were owned by the infamous reiving family, the Turnbulls, who also built the 16th century core of the now demolished Minto House, the center of an architectural furore some years ago.

In days gone by it was also written that one of the pleasures of a visit to Fatlips used to be that “every gentleman, by indefeasible privilege, kisses one of the ladies on entering the ruin” (Chambers).

Sadly, in recent years it has been rather less romantic attention, proving an attraction for vandals.

Previously, it seems that interest from potential restorers has not found much favor with the owners.

Fatlips passed into the ownership of the Elliott family – and subsequently the Earls of Minto – when it was obtained by Sir Gilbert Elliott in 1705.

Mr. Black says he can remember visiting the tower as a child, when it was used as a museum, and thinks it was used up until the early 1960s.

“It has taken over some weird and wonderful buildings, restored and repaired them, and has then been terrifically successful in renting them out.

“Something like that would be an ideal way of preserving it.