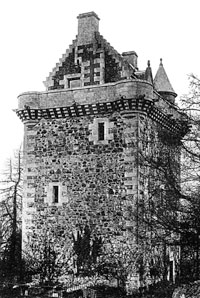 Fatlips Castle as it stood in 1857 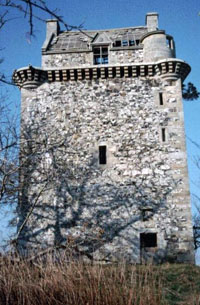 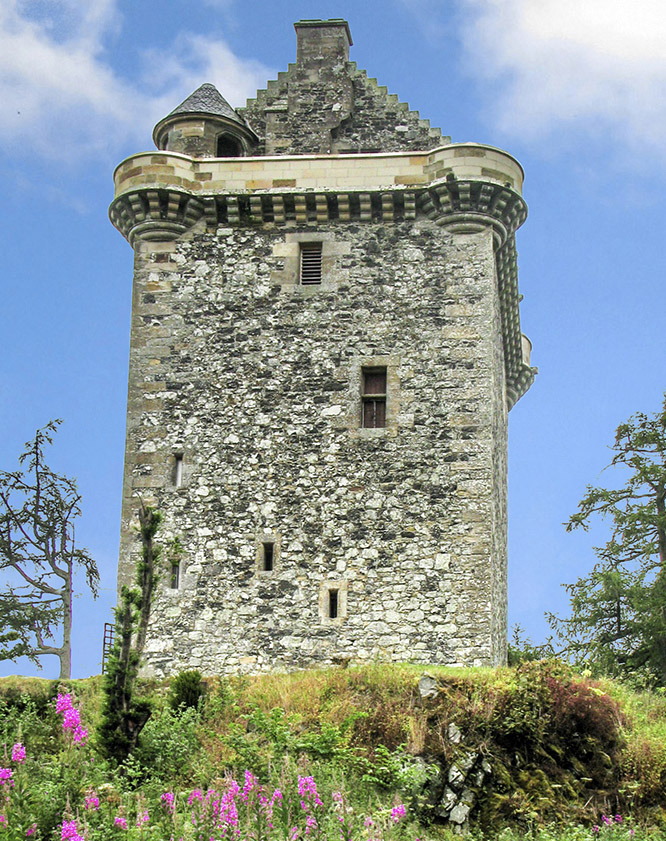 Fatlips Castle, a 16th century pele tower of rectangular stone was founded by the Turnbulls of Barnhill. It is located at the top of Minto Crags in Roxburghshire, Scotland. 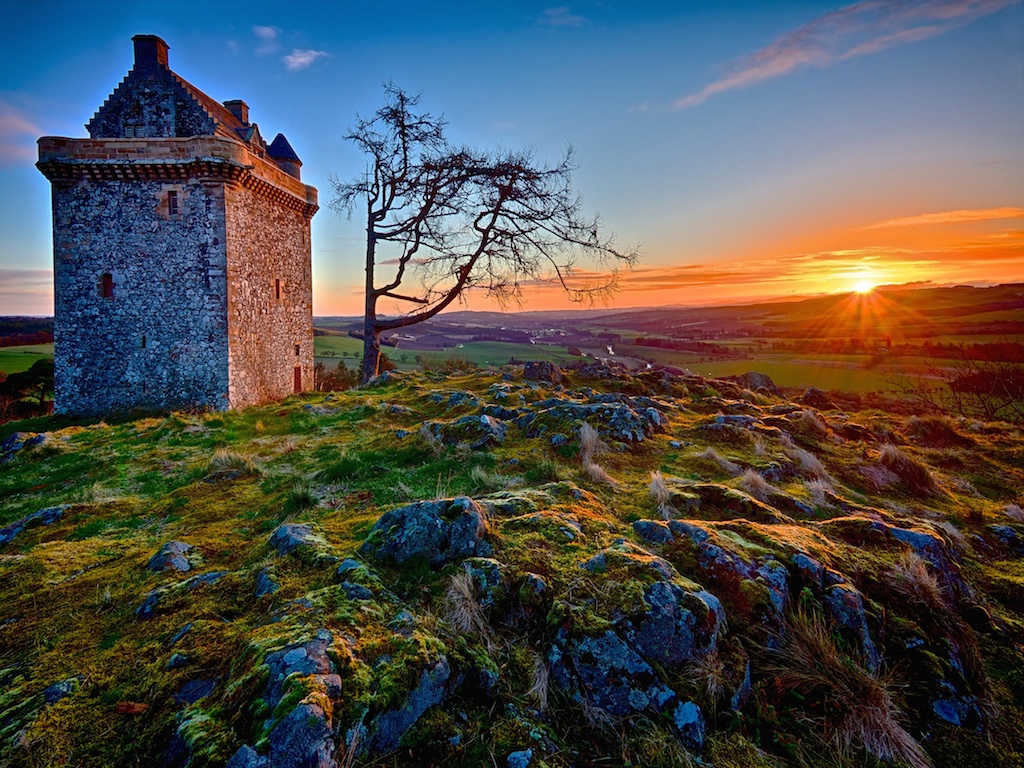 The entrance to the tower leads to a vaulted basement with a spiral stair in one corner giving access to the other two stories and a garret. A round caphouse found at the garret leads to a corbelled parapet. Magnificant views of the Borders and Ruberslaw can be seen from the parapet. The tower is 8.15 meters from north to south and 9.83 meters from east to west.

Fatlips was acquired by Sir Gilbert Elliot in 1705, whose family became the Earl of Minto. The castle was extensively restored in 1857 by Sir Robert Lorimer. The interior was further renovated in 1897-1898. It was used as a shooting lodge and private museum until about 1960. Since that time until very recently, the building was in ruins, worsening each year. It was to the point that there was not much roof at all left and the door was cemented closed to prevent people from entering and being injured.

Fatlips Castle, being a significant part of Turnbull history, has long been a destination point for Turnbulls of the Borders and visiting Turnbulls. It has been a dream that the castle be restored and saved from destruction. Many years ago, Gemma (honorary Turnbull) Barnard set about informing people of Fatlips peril and to bring awareness of its need for restoration. Gemma’s love for the castle stems from her childhood. Growing up in the Bedrule area, she used to climb the crags to the castle frequently, where she could play and look out across the beautiful Borders. It hurt to see how each year, Fatlips fell into more disrepair.

Her efforts paid off. Local attention brought about National attention and even International attention. In November of 2011, Historic Scotland with the Minto family took on the task of restoring Fatlips. The recognition that Fatlips was in need of restoration and was worthy of restoration is a result of Gemma’s vigilance to the project. The community of the Borders and Turnbulls worldwide are deeply indebted to Gemma Hon Turnbull Barnard for her efforts to make and keep Fatlips in the forefront of Borders heritage.

Reconstruction of Fatlips in cooperation was done as much as possible to replicate the original structure. This included using the same types of materials for the roof and parapet. The stones were hand cut into the same shapes and sizes as the original parapet. Local merchants participated in providing needed materials. Many thanks to Gemma Barnard Lubbock for the photos (and for never giving up!). 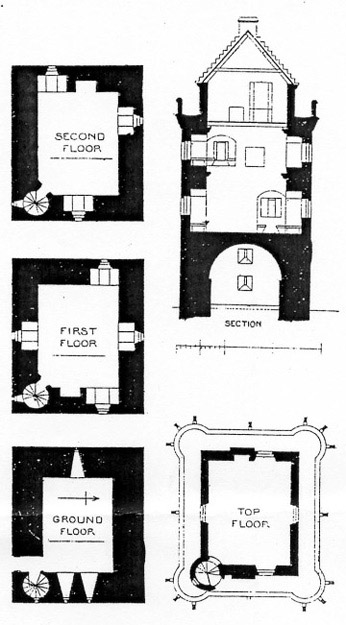 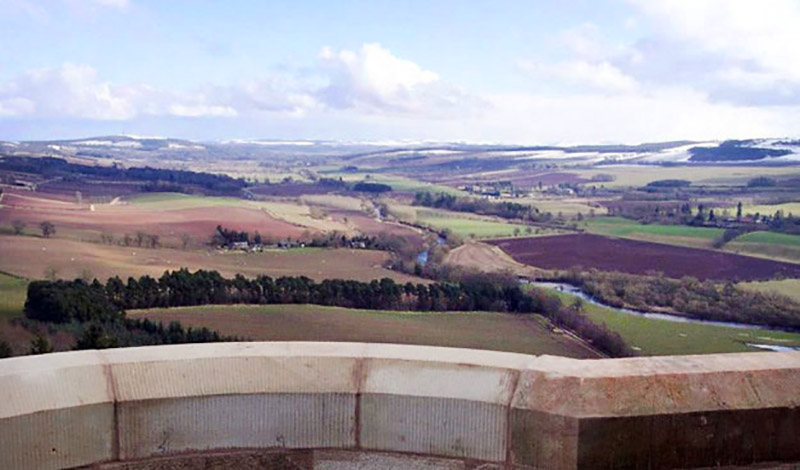 The magnificant view from Fatlips of the Teviotdale Valley 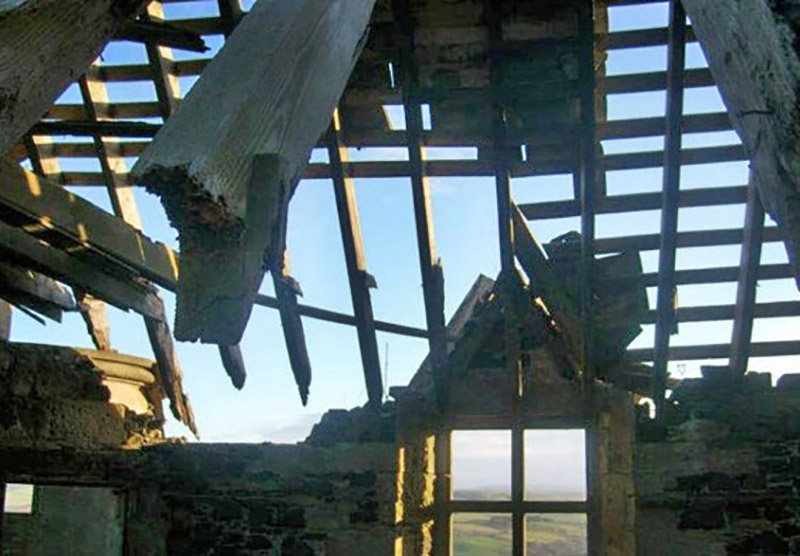 Deterioration over the years 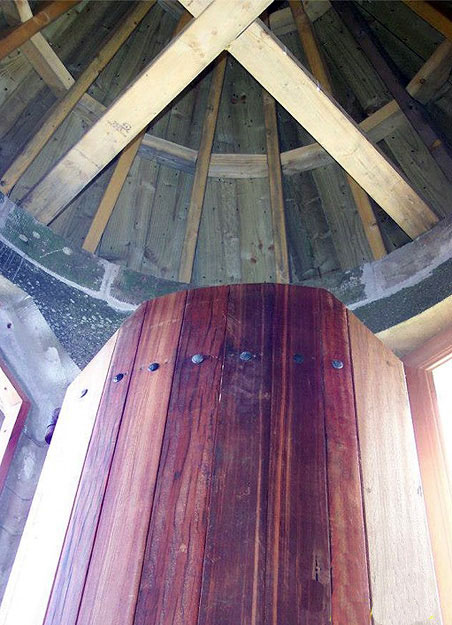 From inside the caphouse with new roof and walls 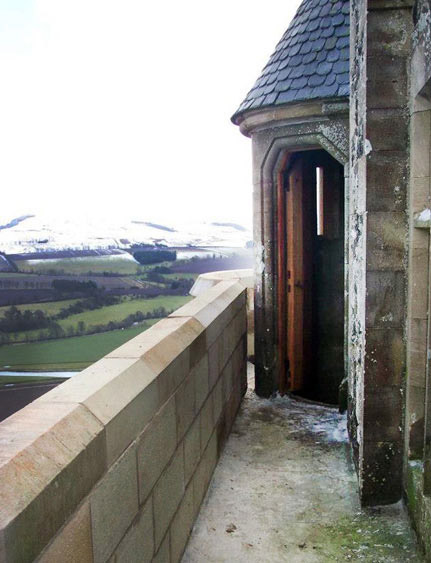