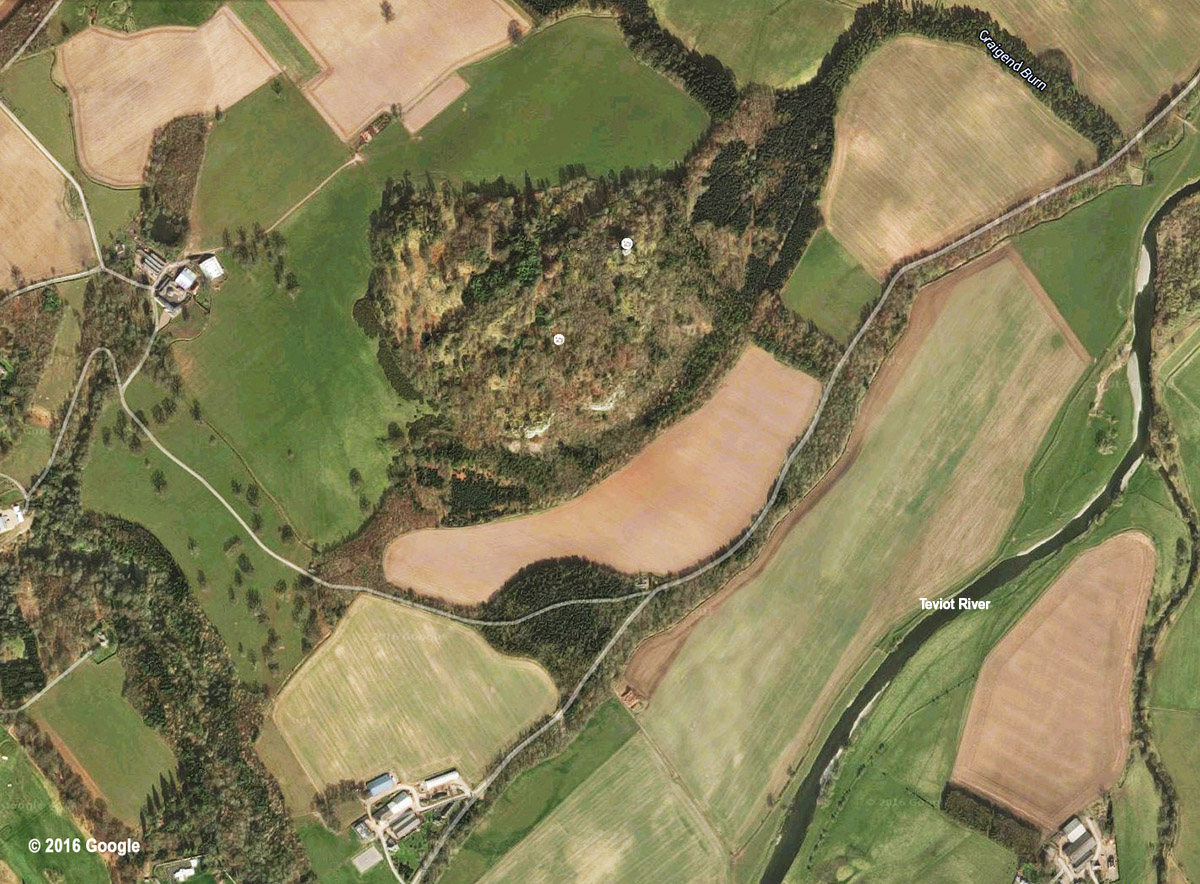 According to findings by the Open University Geological Society:

The two hills of Minto Crags are remnants of very old volcanoes.  On the geological map, the volcanic vent tuffs of Minto Crags are shown as two small outcrops of volcaniclastic rocks, surrounded and divided by Upper Old Red Sandstones. The Crags contain many clasts which are lapilli within showing their gradual growth in the convecting ash cloud of the volcanic eruptions. They have now been devitrified and would have originally been of trachytic composition. Some of the clasts are composed entirely of chlorite, which suggests alteration from ultramafic mantle material.

It is believed that when the volcanoes that formed the Minto Crags were active, the Borders region of Scotland was south of the equator. Later, the stone underwent further fractional crystallisation, forming trachytic magma which was erupted around 340 million years ago.

The Borders region around Minto has a number of similar old volcanoes with some of them more clearly showing the traditional volcano shape such as the famous Eildon Hills (Trimontium) near Melrose.