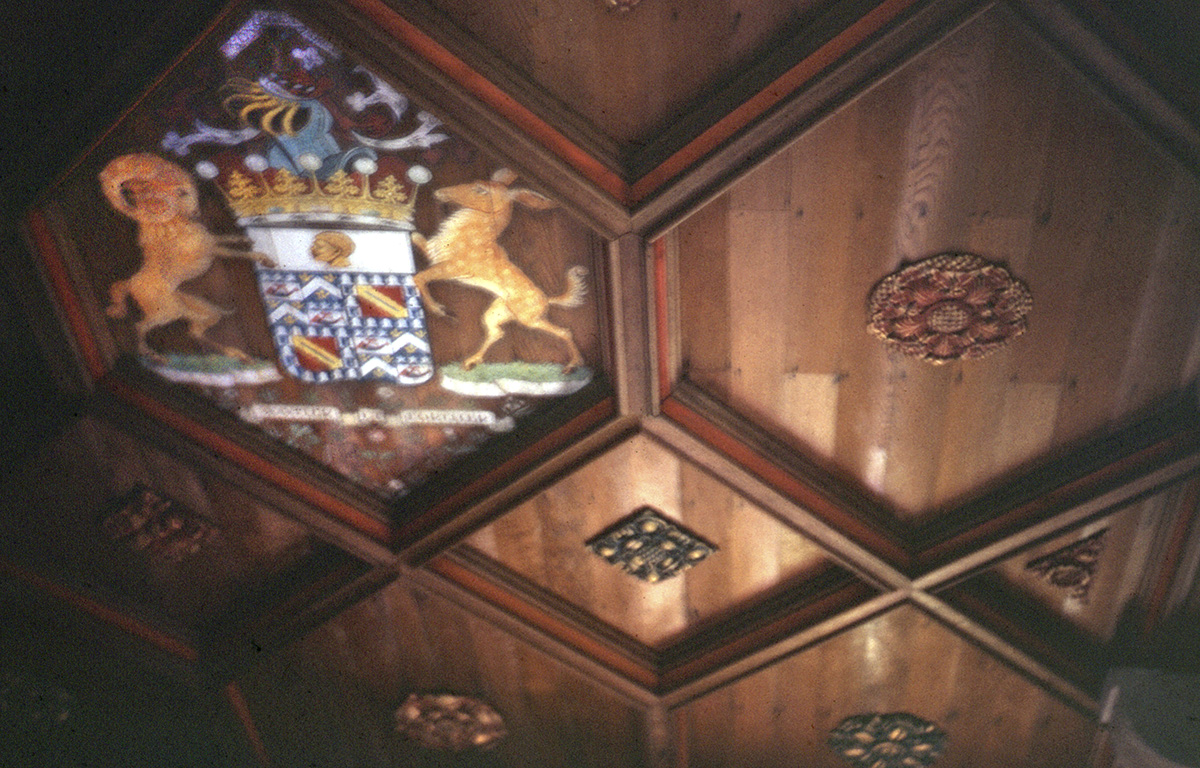 In the restoration of Fatlips in 1898 the room on the first floor had a pitch pine ceiling which had the arms of the Earl of Minto painted on it and also carved bosses. I took a photo of it in 1971 which I believe is the only one as the ceiling collapsed due to water ingress caused by vandals. I had to lie on the floor to take the photo with a time exposure.

I remember going up there in the 1970's and seeing the cannon guns outside the castle and the yett in place in the doorway.  There was a shed on the far side of the hill that housed horse-sleighs that possibly originated from Canada, which is where the late Lord Minto's first wife was from.

There was also a fine example of a trap made by Croall and Croal  of Edinburgh which was a famous firm of coachbuilders probably the best in Scotland.  The shed also housed a Native American canoe which had fallen into disrepair due to a leak in the roof and water running onto it.

There used to be a wooden chalet on the left side of the hill, which was used by the late Lord Minto's wife and many members of the public as a place for picnics. I believe it burned down as no trace of it now exists.