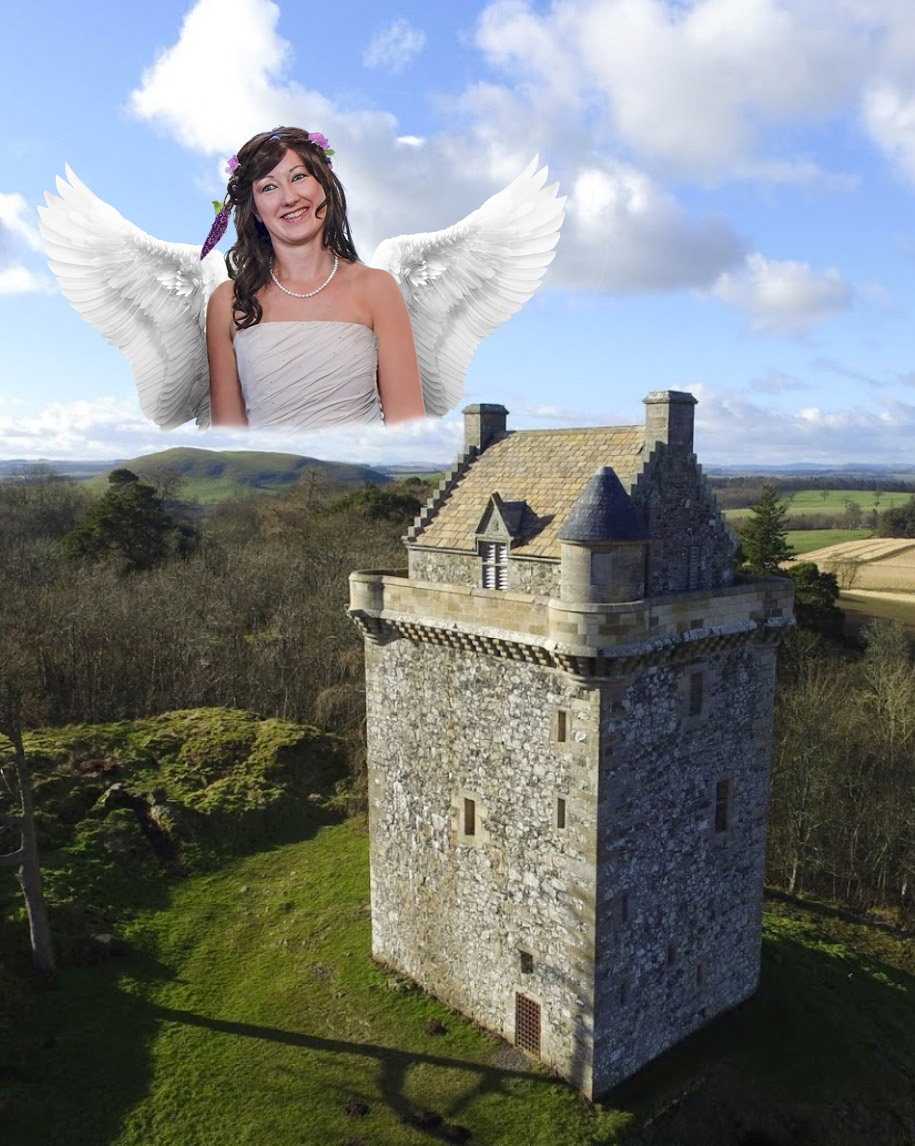 During the 21st century, Fatlips Castle has had the guardian angel Gemma Barnard Lubbock.

Gemma grew up within sight of Fatlips and has always considered it to be special to her, her friends, and her Borders. After receiving her graduate degree in Heritage Studies, Gemma's interest in Fatlips grew from the romantic to include the practical. She was sad to see the iconic tower continue to deteriorate from neglect and she was angry to see it vandalized and littered. During her weekly pilgrimages to visit and check up on Fatlips, Gemma would gather the litter dropped on the trail and grounds by the careless.

Gemma spoke to her friends about the condition of Fatlips and wondered what could be done. She was encouraged to create the wonderful website The Burning Beacon where she shared her love of the Borders and Fatlips along with her concern for its future. She spoke to anyone who would listen and sought out those she though might be able to help. Tirelessly, she campaigned, hoping that someone, anyone, would do something to preserve Fatlips Castle.

In 2011, Gemma was thrilled when word came out that Fatlips was to be at least partially restored by Historic Scotland through Tweed Forum. Happy to encourage the public and those responsible for the restoraton while wanting as much to be done as possible, Gemma joined in soliciting contributions for the restoration. She created a portal on her website for donations and she placed little cardboard Fatlips castles for contributions in pubs around the Borders.

Gemma's fans were shocked and Gemma was hurt when the owner of Fatlips told her that her help was not wanted or appreciated. Perhaps Lord Minto thought that Gemma was trying to take credit for the restoration funded by grants from national philanthropic institutions when she was simply rejoicing that the work was being done and wanted to help, if possible. We regret the misunderstanding and Gemma's hurt and we congratulate her on her efforts from which so many have benefited.  The awareness Gemma brought about the plight and importance of Fatlips has caused this generation to cherish it more. We believe that the increased awareness and value will help decrease, and hopefully eliminate, the vandalism that Lord Minto so frequently and rightly deplored.

In addition to Gemma, fatlipscastle.com extends appreciation and sincere thanks to John Munro, the building contractor and his team of skilled workmen who braved some of the worst weather the Borders could throw at them, including blizzards, crippling frosts and thunder storms to make the castle wind and water tight.

We thank Tweed Forum and its director Luke Comins for helping put together and supervising the execution of the grant package and works.

Thank you to all who provided funding to make the restoration possible including Historic Scotland (£163,212), Scottish Borders Council (£35,000), Minto Estate (£3,000), and many individuals from the Borders and abroad (approximately £1,000) who demonstated their value of and fondness for Fatlips Castle.

Thank you one and all!