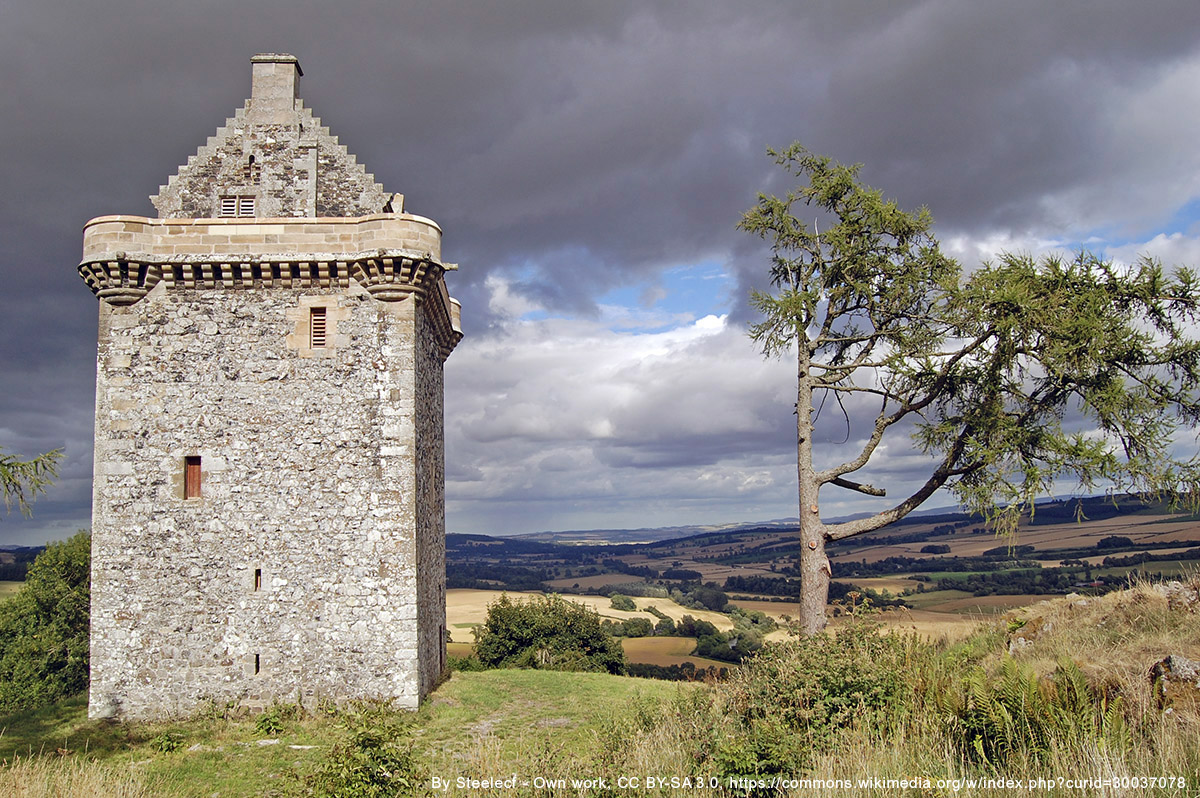 Fatlips Castle was the stronghold of the noted Border Reiver, Turnbull of Barnhill. The tower of "Mantoncrake"or "Mynto Crag" was burnt in Hertford's raid on the Scottish Borders in 1545. Following the Turnbulls, the tower has been owned by Sir Gilbert Elliot who's descendants became Earls of Minto and own the property to this day.

A number of possible origins for the name "Fatlips Castle" applied to the Minto Crags Borders peel (pele) tower. We have heard the following and favor none above the others.

There was once a goat nicknamed Fatlips on the dunion which warned of the approaching English by bleating loudly.

It is said that one of the pleasures of a visit to Fatlips used to be that "every gentleman, by indefeasible privilege, kisses one of the ladies on entering the ruin.”(Chambers, Robert (1828). The Picture of Scotland I. William Tait. p. 328n.)

Fatlips is the name given to a legendary spirit dwelling in Dryburgh Abbey in Berwickshire, Scotland by a hermit woman who took up residence in the ruins of the abbey. She claimed that Fatlips stamped the moisture away from the ground where she slept with his heavy iron boots. This gave rise to the notion that Fatlips lived in medieval ruins. The Borders Magazine of October 1927 contains a more details account of this version.

Whatever the origin of the name, being unusual, Fatlips adds an aura of mystery and Castle adds an air or importance.